Garry joined R.W. Holmes Realty, Co. Inc. in 1986 as a licensed commercial real estate broker under the tutelage of his father, founder Robert W. Holmes. Over the past three decades, he has developed into one of suburban Boston’s top brokers, and in 1995 assumed the reins as President of the firm. Garry oversees all of the firm’s operations and guides a veteran team of commercial real estate brokerage professionals – with a collective 260 years of experience – who serve the brokerage needs of the Greater Boston market as well as a national client base.

During the course of his brokerage career, Garry has completed over 1,000 lease and sale transactions totaling more than 18 million square feet of office and R&D space. He was recognized by SIOR (Society of Industrial and Office Realtors) in 2013 for “International Deal of the Year” and was previously the recipient of SIOR’s “Largest Dollar Volume Transaction″. He has also been recognized by the Greater Boston Real Estate Board for “Suburban Office Deal of the Year.”

Garry has been recognized as a thought leader in his field and often provides expert opinion to the region’s print and online publications (Boston Globe, Boston Business Journal, Banker & Tradesman, MetroWest News) seeking to tap into his comprehensive knowledge of the MetroWest and Greater Boston markets and the commercial real estate industry as a whole. He has also been a featured speaker at events for NAIOP and other commercial real estate organizations.

In addition to holding the prestigious SIOR designation, Garry has served as President of the SIOR New England Chapter and was recently named as the Northeast Regional Director. He also served on the Executive Committee for NAIOP Massachusetts and is the Past Chair of the Board of Trustees for the Foundation for MetroWest. This nonprofit organization connects donors with philanthropic organizations. Garry also served on the board at Wellesley Bank (NASDAQ: WEBK) and was a corporator for Middlesex Savings Bank. Garry is a graduate of Bates College and serves on Babson College’s Boston Advisory Council. 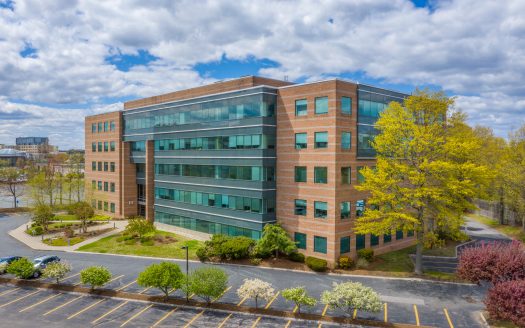