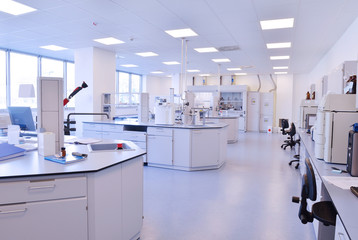 Creating An Innovation Hub in the Greater Boston Suburbs

BOSTON–An innovation hub is a geographical area that is developed intentionally with the goal of providing the opportunity for facilities to “nurture new ideas and help develop inquisitive perspective in youths of today”. These hubs are all over the world, including Pier01 in Barcelona; Station F in Paris; Fort Collins, Colorado and Boston, Massachusetts. While these innovation hubs are thriving in popular cities, the suburbs are becoming an increasingly more desirable place for developing hubs.

There are already several Boston-based innovation hubs that have proved their success through their value. Kendall Square in Cambridge was previously a rundown city with low costs and inexpensive rental rates. However, after a steady stream of biotech firms started moving in, it quickly became a hub of science innovation, causing property rental rates to skyrocket.

In addition to Kendall Square, the Newton-Needham N2 Innovation District is another area that began to flourish after an innovation hub was introduced. The area was rebranded to attract innovation economy businesses, entrepreneurs, and employees. After fundraising, the district was updated with modern amenities, like an arts program, food trucks, and an outdoor common area.

For an innovation hub to thrive in the suburbs, the town’s assets must be properly utilized. Many suburban locations attempt to replicate the success of a major city when they should be drawing success from their own existing strengths. Suburbs can take advantage of existing location assets such as proximity to transportation, walkable city areas, amenities, and local weather, in order to attract innovation.

But there are several other factors that also contribute to making an innovation hub successful in the suburbs:

• Proximity to Higher Education: Being placed near a university or college is beneficial as it is a source of new talent. This allows for new, innovative ideas to develop given a larger pool of thinkers that may not be held back by what is ‘standard’ for the industry.
• Access to Industry (& Related Industry) Networks: Having an industry network, such as a hospital, can encourage interaction and innovation with the customer base and end-users of a Life Sciences firm’s products. An existing industry network can also help create services to support nearby companies.
• Quality of Life Amenities: Finally, an innovation hub should have a strong quality of life, including cultural and social amenities. This is a motivating factor for people to move to the suburbs as opposed to working in a well-developed city. It is particularly relevant to millennials, who have expressed that they value the quality of life over job opportunities when it comes to selecting a place to live.

While a city may appear to be the best location to foster an innovation hub, the suburbs have more flexibility to promote change. With fewer bureaucracies in the suburbs, policies and regulations can be shifted more easily, which allows for adaptability to the industry as a town sees fit. It is more likely for an innovation hub to succeed if it gains momentum in its early stages. Additionally, adaptation can be more closely followed in the less-populated suburbs so these changes can blossom.