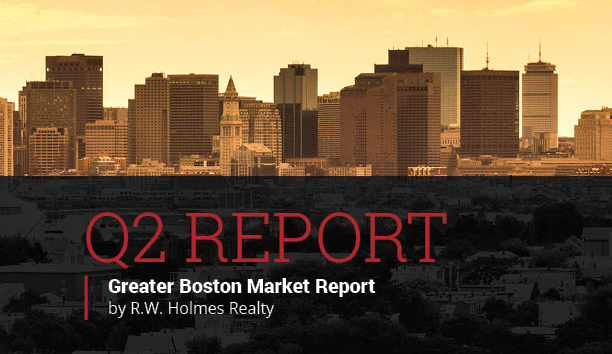 This year has already become one of the most successful years for Massachusetts-based biotech firms as the number of IPOs completed half way through 2018 has surpassed the total IPOs for 2017. The continued financial investment in the sector sees no near-term end, as Governor Baker promised further funding for growing biotech firms throughout Massachusetts at this year’s BIO Convention. As more biotech firms continue to get funding and grow, we see lab space becoming more valuable. As East Cambridge rental rates hover around $90/SF and vacancy around 1%, companies have had to look outside the Cambridge core, creating growing clusters of biotech firms in areas like Watertown and Lexington. We continue to keep an eye on how these suburban clusters will develop and we look to see if more will grow.

Housing is one of hottest issues in Massachusetts. We are seeing an influx of government policies focused on housing being encouraged before the current legislative session ends. Overall, should policies promoting the addition of more housing be passed, it will increase the attractiveness of towns in and around Boston for both employees and businesses. Apparently, measures that increase Connecticut’s attractiveness to well-paid professionals have already taken place, with promising early results. There has been an uptick in darien ct homes for sale that have received viewings. But in Massachusetts, one reform has particular focus on the suburbs – which we believe will help attract both businesses and employees out of the urban core, helping create the desired “live-work-play” developments that attract big-name companies to a certain area.

As WeWork completes another massive deal in downtown Boston (along with countless other locations nationally) co-working cannot
be ignored as a disruptive force in the way companies look at office space. Additionally, the co-working trend is now disrupting retail and industrial space as companies offer short-term leases in real estate sectors previously untouched by co-working. We see this trend to continue to boom and potentially make its way to the more densely populated suburbs, as tenants pursue more flexible lease terms.

4. Self Driving Car – approved to drive around Boston and some suburbs

Self-Driving cars have been OK’d for testing in Boston. The future of driverless cars, from companies such as Torc Robotics, is no longer a far off dream, but a potential reality within the next 1-3 years. Long term, we see self-driving cars causing massive disruption in the commercial real estate space – as parking lots become obsolete and employees are more open to longer commutes due to their ability to be more productive in the car. This approval for testing has been a large milestone for a hugely disruptive technology and we look forward to observing its upcoming impact.

Medical marijuana has already had a massive impact on the industrial real estate market in Massachusetts. With the first recreational marijuana permit getting approved, the retail market now becomes another highly sought after real estate market for this soon-to-be booming industry. Like in Oregon, there is expected to be a surge in the number of marijuana retail outlets, similar to those in Cannon Beach (click here). In the short term this will put a lot of pressure on local governments as they determine whether or not to allow the use in their zoning by-laws. Get ready for several towns to welcome the influx of business, or choose to operate their new cannabis dispensary online, while others refuse to budge. 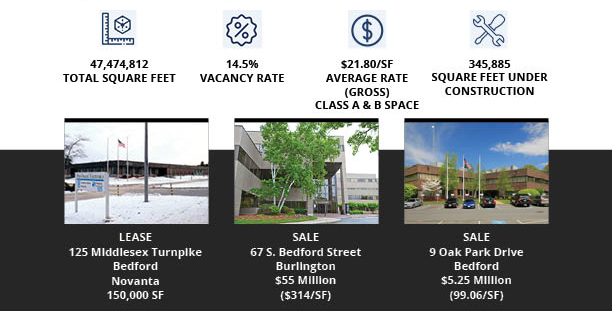 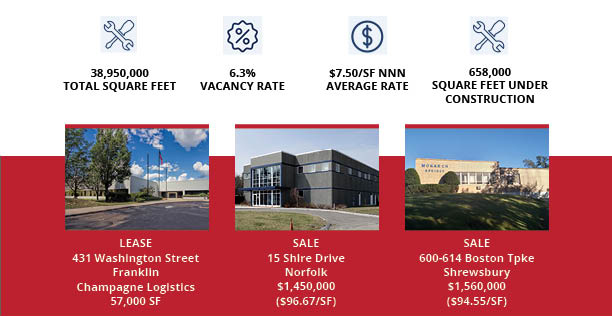 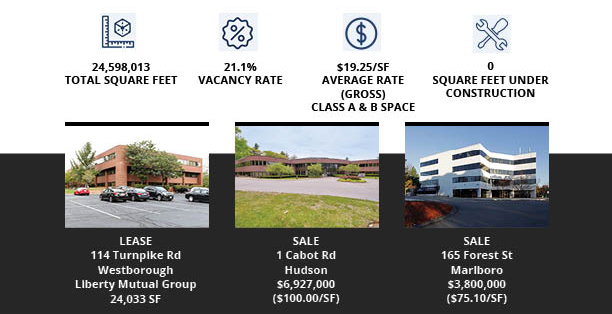 Back Bay Returning to Glory

As many suburban companies consider opening a downtown location or moving their firm, here’s some insight to keep in mind when weighing the options of a Boston move.

• Large Lease Activity: Back Bay is seeing some massive lease deals getting completed over the last quarter. Wayfair signed the second largest Boston deal of 2018 with a 395,000 SF lease at 500 Boylston/222 Berkeley. Draft Kings announced their plans to move their corporate headquarters to the same building within the next year. Co-working giant WeWork also announced plans for expansion in the Back Bay market at 501 Boylston St, bringing their total occupancy to just under 1 million SF in Boston proper.

• Ease of Commute: In comparison to the Seaport, Back Bay provides an easier commute for both those using public transportation and those commuting into Boston from the suburbs. With direct commuter line access and several T lines servicing Back Bay, younger employees have a larger selection of where they can live that minimize commute time.

Why We Aren’t Seeing a Bigger Boom in Back Bay:

• Low Vacancy: Back Bay has a vacancy rate around 5%, meaning the supply is limited and when space does come available, it goes exceptionally quick. In comparison to the suburbs, Back Bay averages at 8 months to bring a building to full occupancy, while Marlborough for example, averages around 14 months. This limited demand has lead to price averaging around $62/SF.

• Heavily Developed Area: Unlike the Seaport, Back Bay has no open land to develop into a higher/better use. Therefore, as demand increases, there has not been a new supply of developments to compensate for the disparity between need and supply.

We completed 35 transactions in Q2 including 31 signed leases and 4 closed sales. Notable transactions include the sale of 1 Cabot in Hudson for $6,927,000.
16 new leases totalling 62,000 SF were signed at Knowledge Park in Marlborough. Interest in this property has spiked due to significant upgrades and an overall rebranding of the office park.

R.W. Holmes Realty, Co. has been recognized by the Massachusetts Family Business Awards in partnership with Northeastern University’s Center for Family Business as the Family Business of the Year. The award recognizes family businesses on the basis of their longevity, business success, and contributions to their community. We are proud to run a third generation family business that has served Greater Boston for over 42 years, and thank our clients and community for their loyalty over the years.

R.W. Holmes Realty is pleased to announce its new partnership with Real Capital Solutions (RCS) as the exclusive broker for 55 Old Bedford Road in Lincoln, Massachusetts, – known as Lincoln North. RCS became the newest owner of Lincoln North on June 1, 2018 with plans to revitalize the building with modern finishes and amenities to create a work-play atmosphere and community.

Sean O’Riordan joined R.W. Holmes as Marketing Manager following a career in real estate marketing at Berkshire Hathaway. As Marketing Manager, Sean creates strategic and compelling marketing initiatives that set R.W. Holmes apart from our competition and help the brokerage team to ensure their clients’ success. Sean keeps R.W. Holmes up to date with emerging technology, trends, and opportunities so that we can stay as efficient and effective as possible in our marketing efforts. 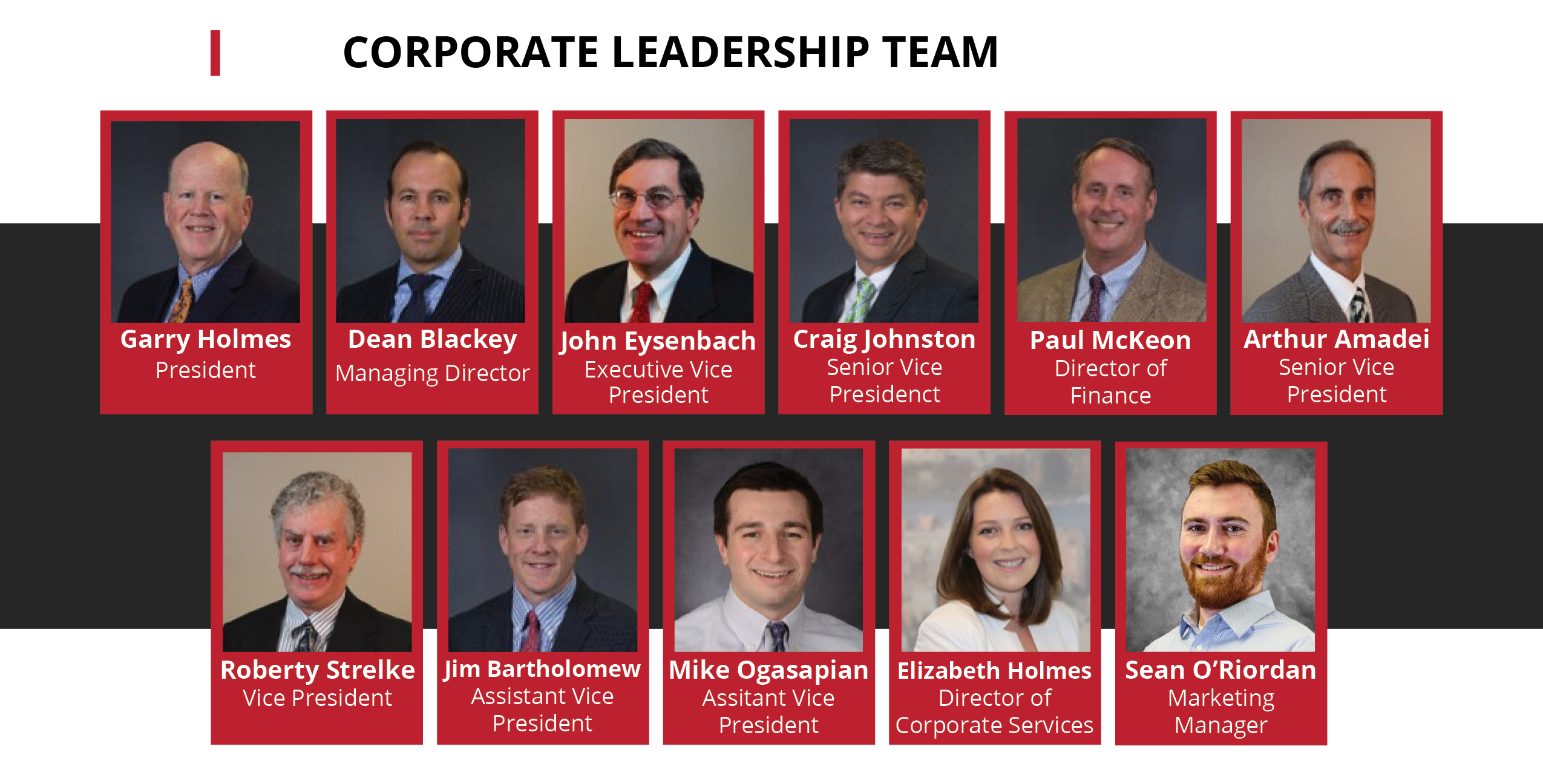