Posted by Samantha on November 3, 2017
Market Research and Reports
0 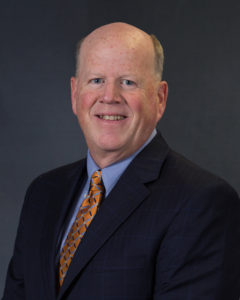 The Financial District, Back Bay, and Seaport continue to experience strong tenant demand with a vacancy of 10.3 percent and continued rent appreciation. The Seaport, which has experienced tremendous growth for the last four years, received national attention with GE committing to move its corporate headquarters to the market and continues to make headlines with Amazon committing to 150,000 square feet. In addition, 121 Seaport Boulevard just leased to PTC (250,000 square feet) and Alexion (150,000 square feet). One of the biggest trends throughout Boston continues to be the popularity of the Class B buildings.

When driving around Boston, you cannot help but notice all the cranes – the volume of new construction is unprecedented.

Most people think of Cambridge as one of the premier lab markets in the world. Cambridge has the lowest office vacancy of all the submarkets in Greater Boston at 4.2 percent, making it one of the strongest office markets in the country. Even pre-leasing is strong, with Alexandria Real Estate receiving commitments for all 431,000 square feet at 100 Binney Street, signing Face-book and Bristol-Meyers Squibb as the lead tenants. Space is so tight that, even when you include sublet space, a tenant looking for more than 50,000 square feet only has four options in the submarket. Top Class A product is now achieving rents in excess of $90 per square foot.

Property values in Boston and Cambridge continue to set new records. Given the low returns, we are seeing a large number of investors chasing suburban office product. Many of these investors never previously considered investing outside of the central business district.

With just over 100 million square feet, the suburban office market exhibits mixed results between various submarkets. The central Route 128 area continues to perform well with a vacancy rate at 11 percent and top-tier properties fetching rents in the mid$40s. Most of the talk over the last five years has focused on Burlington and Waltham as the most popular suburban locations. Interestingly, Needham now has the lowest vacancy along Route 128 and, in our opinion, will be the town to watch over the coming years (despite the departure by PTC to the Seaport). With a second interchange off of Route 128 just completed, coupled with new hotels and restaurants, potential tenants are taking notice. Needham officials had the progressive mindset to rezone an older R&D park to allow for higher density, which has transformed the area into a high-tech mecca with numerous amenities.

Along Interstate 495, rents have remained relatively flat with modest tenant activity. The most noteworthy exception is the city of Marlborough. Five years ago, Marlborough had one of the highest vacancy rates in the entire Commonwealth at 38.8 percent. Now, the number has declined almost in half to 21.3 percent. New tenants and/or expansions include companies such as GE, Boston Scientific, TJX, Whole Foods’ regional headquarters, and Quest Diagnostics. The turnaround for the city is nothing short of remarkable.

Noteworthy Trends
• Never has there been such a large disparity whereby tenant demand in Boston far exceeds the suburbs.
• Venture capital funding remains strong throughout Greater Boston.
• Landlords are scrambling to come up with the next cool amenity to differentiate themselves, including roof decks and community spaces, wellness programming, and eco-friendly alternatives.
• Location of the office is now more about where the employees live than where the executives live.
• A number of traditional companies along Route 128 are also considering downtown Boston when their leases expire. Some are splitting with a suburban and downtown presence.
• Densely populated open environments, which are now favored by many companies, are creating havoc in the suburbs for parking and HVAC capacity.

New Construction
When driving around Boston, you cannot help but notice all the cranes – the volume of new construction projects is unprecedented. That is why websites like https://www.rakenapp.com/daily-reports are needed to help projects be efficiently completed. It should be noted, though, that some of the largest construction projects in Massachusetts are taking place in the suburbs such as MathWorks’ $300 million expansion project at its Lakeside Campus in Natick, as well as Alnylam Pharmaceuticals’ facility in Norton, Pfizer’s new facility in Andover, and Siemens’ campus expansion in Walpole, which are all $200 million construction projects.

Going Forward
Looking ahead, modest rent growth is expected to continue for Cambridge and Boston into 2018. Property values will remain at their peak. A number of suburban landlords got ahead of themselves with rent expectations that are not in line with tenant demand. As such, suburban office rents will stabilize in most submarkets and we expect a little more in rent concessions for the coming year.