Just when it seemed as if an impending storm was going to smash the commercial and multifamily mortgage markets, the clouds disappeared and the sun rose high in a bright blue sky of transactions and refinancing.

Indeed, so many factors turned positive, that a market once viewed as a catastrophe in the making completely reversed, becoming an opportunistic free-for-all for real estate financing dealmakers.

The problematic situation began about 10 years ago, just before the financial crisis when the commercial and multifamily markets were on a tear and a record level of debt was issued to finance real estate. Most of that leverage had 10-year debt, meaning the loans were to come to due in the years 2015 to 2017. It was thought that this level of debt would overwhelm the market, and borrowers wouldn’t be able to get out from under.

It can be hard for anyone to control their debt, commercially or personally. Finding effective methods to help manage your debt can be difficult. Whereas most people turn to loans or banks, others could turn to the likes of crowdfunding efforts, (more info here) to see how they can raise the funds they need to help get rid of this debt for good. But when it comes to these markets, what can you do to help?

It is important to do your research and look into things like a commercial mortgage calculator before investing within these markets. This may make investments less risky and help you to avoid debt in this kind of commercial market.

Take your pick of the good news that transformed the debt markets: rising rental rates; occupancy levels climbing; a drop-in interest rates; secondary and tertiary regions doing well; and, most importantly, a steady stream of ready capital to liquefy the market.

“When you look back at the commercial mortgage-backed securities markets, which is where most of the perceived problems were, a lot of 10-year debt was issued just before the crash,” notes Garry Holmes, SIOR, president of R.W. Homes Realty Co., Inc., in Wayland, Mass.

“What made those loans interesting was that they were typically 80 percent leveraged and were interest-only; so many borrowers didn’t even pay down the principal amount. But, boy, there has been a drop-in interest rates, so much rent appreciation and so much investor interest driving up property values, that I don’t see much impact.”

If there has been an impact, it’s been much more positive than negative.

“Liquidity is certainly helping to drive some of the transaction activity right now, for refinance and for the investment sale world, because some of those projects would not be financeable without an equity infusion,” says Gabriel Silverstein, SIOR, president of Angelic Real Estate, in New York City.

Silverstein adds, “right now we are in the absolute middle of the three-year, doom-and-gloom maturity wave and we have seen very little negative impact, in part because the financing markets have been very good. By the time we get to January 1, 2017, at least 25 percent of that maturing debt will be gone: paid, refinanced, or sold. If you can’t refinance, you can sell. Not all people will get all their money out, but it doesn’t change the fact that there is still a deal they can make.”

So, let’s take a look at what happened. For that, we turn to Jamie Woodwell, vice president of Commercial Real Estate Research and Economics at the Mortgage Bankers Association in Washington, D.C.

“Back about a year and a half to two years ago, the maturities switched from being seen, particularly on the transaction side of the business, as a concern, to an opportunity,” he says.

At the end of 2015, according to MBA numbers, nearly $1.7 trillion of non-bank loans counted as outstanding. These were mostly loans in the Commercial Mortgage-Backed Securities (CMBS) market, underwritten by the GSEs (Fannie Mae, Freddie Mac, etc.) and made by the life companies. While this is the most common form of a property loan, some people turned to colorado private money lenders, or whichever is applicable in their state, to be able to afford real estate. Of that $1.7 trillion, $183 billion was to mature in 2016 and $208 billion in 2017.

Going back to before 2015, those numbers were bigger than they are now, says Woodwell. “But, as loans have been paid down or refinanced at sales transactions, those balances have been coming down. As a result, the 2016 numbers are right on par with what was maturing in the year 2010.”

As noted by Holmes, a lot of the concern was with CMBS. Again, according to the MBA, about 20 percent of outstanding CMBS loans were set to mature in 2016 and another 20 percent in 2017. That’s a very large percentage at least compared to the GSE loans, where only about 2 percent of outstanding loans were set to mature in 2016.

“There are very different influences on different types of loans in different parts of the market,” says Woodwell. “If a loan doesn’t prepay, and maturity comes, that’s a situation in which we will likely see that loan having difficulty in the refinancing process, whether it was because of property fundamentals, values, or underwriting.”

“There are very different influences on different types of loans in different parts of the market.”

Nevertheless, early refinancing and pay-downs have continuously chipped away at what industry observers call the “wall of maturities,” so much so that 18 percent of the expected 2016 maturities were prepaid or paid down already.

This doesn’t mean that the good loans got removed and the bad loans remain.

“What’s left, it’s not always the worse part that needs to get refinanced,” says Silverstein. “It’s rarely the worst part. A lot of the good debt didn’t get refinanced early because some of it was financed with a life insurance company, at fixed rate, or with a CMBS loan and there is a penalty to refinance early.”

Some borrowers did refinance early even though they were paying a big penalty because the market was so good, they could do it anyway. But, if you have a year left on a $50 million CMBS loan, you might as well be looking at a $2 million to $3 million prepayment penalty. A lot of borrowers didn’t want to refinance early if they could help it, because they then had to come up with that extra $2 million or $3 million in their financing and that just gets paid out as a penalty to the current lender.

“Not all great or good deals got refinanced early because there is often a penalty for doing so,” Silverstein reiterates. “And there are definitely a number of deals that are still going to have to work through the system that will probably turn into foreclosure deals (they haven’t yet turned into foreclosure deals because the borrowers are still paying their mortgage) as soon as the loan comes due.”

“Not all great or good deals got refinanced early because there is often a penalty for doing so.”

Also out there are many deals where, for example, investors paid $100 million for a property using an $80 million loan and they still owe $75 million. If the building is now worth $90 million, they don’t want to sell because they would take a $10 million loss, but they are not going to default on the loan. When they finally get to the end of the line, they will sell, take the $90 million, pay off the loan at $75 million, keep the $15 million and lick their chops about the $10 million loss. They would rather take the $15 million saved then lose all $20 million of equity.

“Those are the deals you are going to see transacting for the next two years,” says Silverstein. “These are deals where the investors are not going to make money, but they will get some of their money back.”

The capital markets have been on fire especially on the multifamily side. The fact that the debt is rolling over has something to do with it, but for the most part, it is just a confluence of events combined with substantial capital. Even when the debt is not yet rolling over, people who have prepayment penalties are not sweating it because they can still cash-out and put money in their pockets. In some regards, it is not so much about recurring debt coming to maturity that is causing an uptick in transactions, it might just be all about the capital markets.

“In general, there has been good trans- action volume in the market. Although a lot of this volume would have existed anyway based on where we are in the cycle, where interest rates are today, and how much equity is available to do deals. Nevertheless, a maturity on a loan puts a specific date on a calendar that someone has to deal with. That is always helpful when as a broker you are in a transaction,” says Silverstein.

Woodwell partially agrees: “We have seen some good volume on the sales transaction side, even more so on the mortgage origination side, so we have been seeing some impact on the loan maturities. Looking back at historical data, looking at what drives mortgage originations and what drives sales transactions, maturities don’t have nearly as much of an impact as do changes in prices and changes in investor attitudes (cap rates), which can really drive investor activity.”

Sill, brokers shouldn’t get complacent. A lot of the new debt is for five years and not 10. With interest rates inching up over the next couple of years, the next cycle could be ending at a more inconvenient time.

“What makes me a lot more nervous is looking ahead five years from now, when people will be buying these properties with their five or six caps, not the three range we see today,” says Holmes. “They are sitting there doing IOs for debt or they are doing short-term, five year money. They are building into their pro formas continued rental growth, but five years from now interest rates could double and a complete opposite market could happen in the next cycle of these maturities.”

Holmes adds, “so many people don’t want to put long-term debt on and are rolling the dice, going with the short term money, reaping those gains now, and just crossing their fingers that they won’t see any significant uptick in rates over the next few years.”

Promoting and sponsoring initiatives that educate, enhance, and expand the commercial real estate community. The SIOR Foundation is a 501 (c)(3) not-for- profit organization. All contributions are tax deductible to the extent of the law. 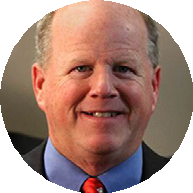 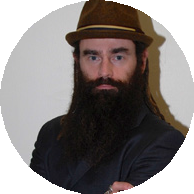