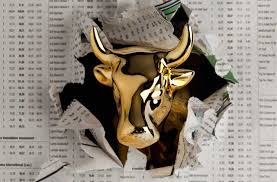 It seems fashionable to be negative in today’s market, but…

Posted by Samantha on January 19, 2011
Market Research and Reports
0

As we start 2010, the Boston Suburban office market of 84.6 million SF has escalated to a combined availability rate of 23.1%. As the economy improves we are encountering more companies exploring options in the market. As a point of reference for different submarkets, if you are a tenant considering 10,000 SF of class A or B office space you have 30 buildings to look at in Burlington, 51 buildings to look at in Waltham, 29 options in Marlborough, and 22 choices for Billerica/Chelmsford. Clearly, it is a great time to be a tenant.

One of the encouraging signs is the increased volume of venture capital. As merger & acquisition activity picks up, venture capitalists are more encouraged with the opportunities for an exit strategy. According to an article in the Boston Business Journal titled “Local VC investing maintains torrid pace” 22 companies received over 209 million in venture capital funding for the first two weeks of the new year.

Investment sales are relatively non-existent. Lending is not as constricted with lenders starting to loosen up their purse strings. However, with the decline in values many properties are not worth much more than their debt. In addition, without pressure on the lenders to “Mark to Market” there is little incentive to take back non-performing real estate which severely limits OREO opportunities. As a result, we do not expect a noticeable increase in sale transactions for 2010.

User/buyers account for a good portion of the sale transactions. These companies have contemplated purchasing their own property for several years, and are now taking advantage of the opportunities. As a user, these companies typically have several lenders interested in providing financing. Some of the larger acquisitions by users include The MathWorks purchasing One Apple Hill in Natick for $30,800,000, Cernet Education Science & Technology purchasing 280 Locke Dr. in Marlborough for $9,069,600 and Adobe Systems acquiring 21-61 Hickory Dr in Waltham for $44,685,000.

Many people in the industry expected extraordinary buying opportunities and a precipitous decline in valuations, coupled with a multitude of foreclosures. Although values have declined and foreclosures are expected to increase during the latter half of 2010, we do not expect the market to be riddled with “keys being turned over to lenders”. We certainly will not experience the multitude of foreclosures that were so pronounced during the early 1990’s.

It seems fashionable to be negative in today’s market but there is a glimmer of positive news as several companies look to hire. In Metrowest alone, Genzyme has 39 job openings, Staples has 42, and Boston Scientific has 23 job openings. In addition, EMC has 18 openings posted and MathWorks has numerous openings locally and internationally. Job growth is the critical factor in order for the office market to regain its legs. Another positive indicator is the lack of new supply being delivered to the market. Most of the new developments delivered in 2009 were preleased. Fortunately, consumer confidence is returning as we have witnessed the stock market rally over the last three quarters. This could be due in part to Trading Apps which allow market investors to make secure and informed decisions. With more job openings coming up there may be a chance for stocks to rally futher. There is no better time than now to buy google shares uk, or indeed any other stocks.

For the balance of 2010, we expect vacancy rates to increase by 1% as absorption remains slightly negative. Since landlords are cognizant of the slow recovery ahead, competition will be fierce for potential tenants who will continue to place downward pressure on rental rates and increase tenant incentives. Rental rates will bottom out toward the end of 2010. However, it is doubtful we will experience any noticeable appreciation in rental rates until 2012.